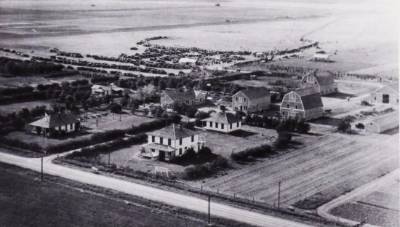 The Judith Basin area was a summer resort and favorite hunting ground for the Blackfoot, Nez Perce, Gros Ventre and Crow tribes about 100 years before the Lewis and Clark expedition. Mining camps were the first settlements in the area when silver and lead were discovered in the Little Belt Mountains in the 1870's and 1880's.

Livestock was also important during this era, and cattlemen moved large herds from western Montana valleys to graze on the abundant grassland. Large ranch holdings were subdivided into 160 and 320 acres tracts, which brought in homesteaders who established dryland farming and ranching practices. 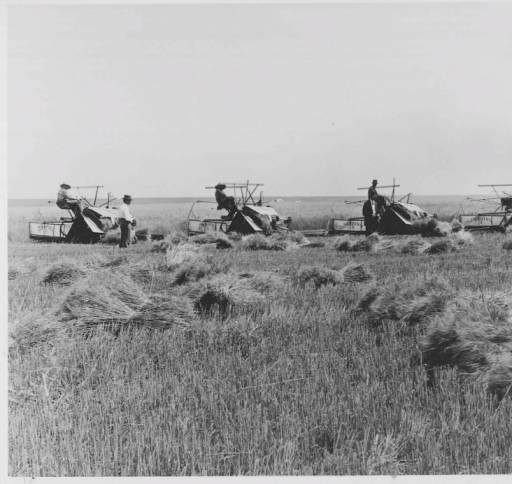 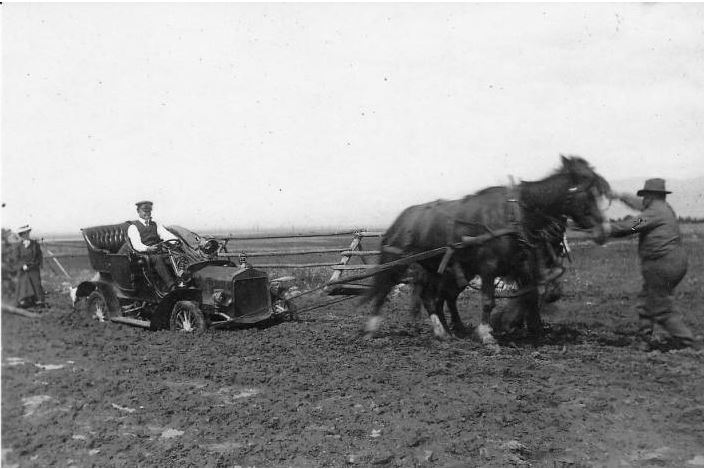 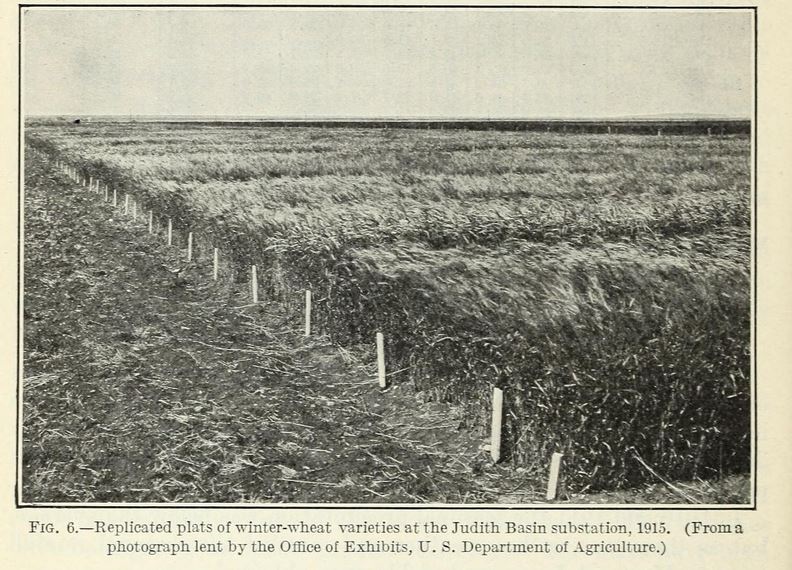 CARC's location on the plains of central Montana was considered ideal for testing grains, trees and cultural practices because it was commonly believed that "if it will survive in Moccasin, it will survive anywhere in the Northern Plains."  Today, CARC tests grains, forages and oil-seed crops and conducts research on cropping systems, weed control and soil fertility.

Our forage production projects include "clipping studies" that simulate the amount of forage growth that would occur under various grazing frequencies under dryland conditions.  Currently, 480 acres at CARC are farmed. The remaining land consists of range, roadways, shelter belts, railroad, creek bottom and headquarters area.

Over the years thousands of plots have been seeded and harvested to test varieties, study diseases, insects, weeds, cropping and tillage systems, fertilizers and forages. These trials have helped mold agricultural practices in central Montana. Listed below are some "firsts" achieved by researchers at the Center: