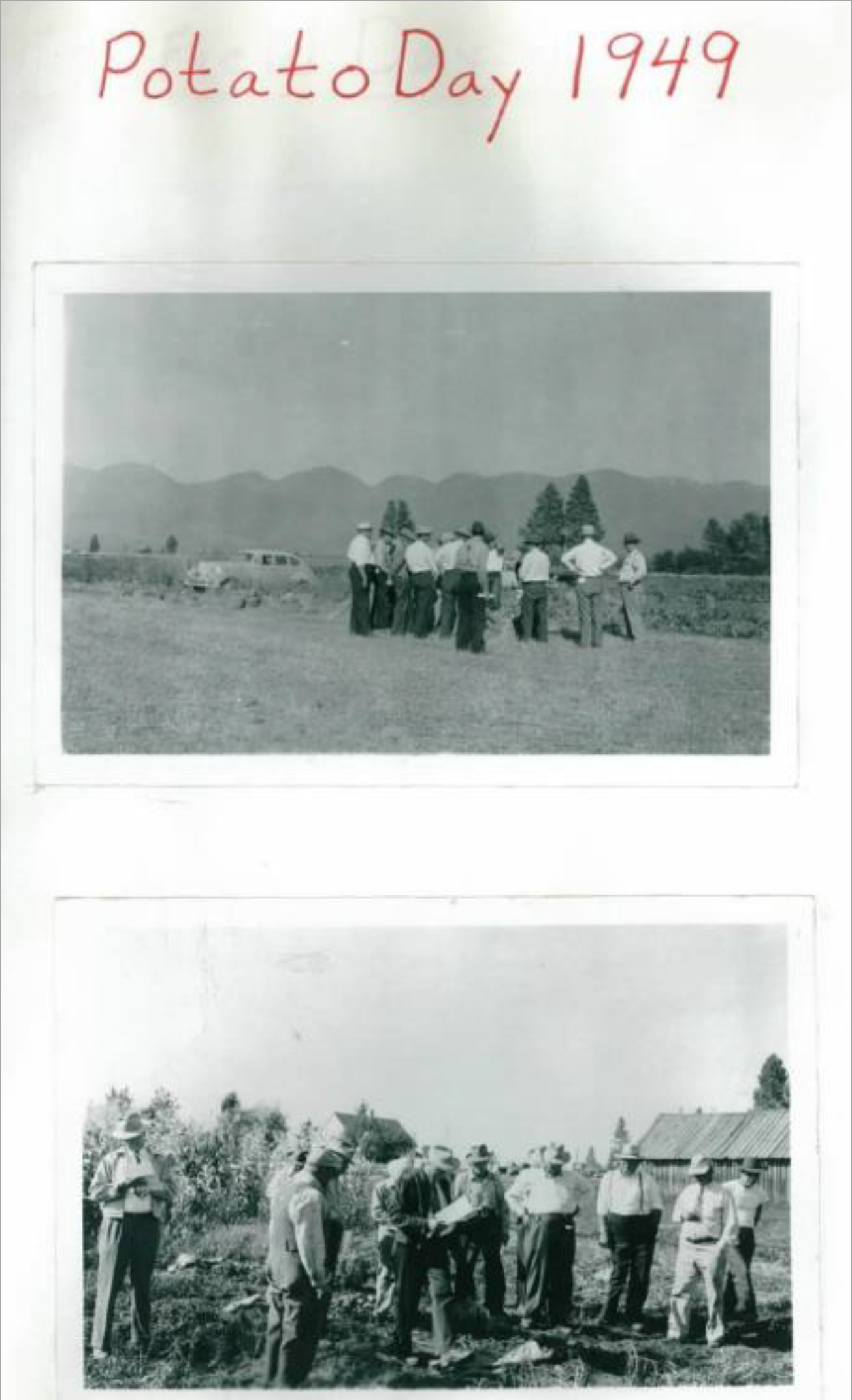 The establishment of the Northwestern Montana Branch Station (now called the Northwestern Agricultural Research Center) came about through the combined efforts of the people of the area. After general recognition of a need for research designed to solve agricultural problems specific to the area, a course of action was decided upon and pursued until the goal was reached.

An area or “Central” committee coordinated the efforts and activities of all groups. So effective was this coordination that all county and local groups worked toward a common end, that of securing the establishment of a Branch Station in the area. The selection and location of the Station were left to the Montana Experiment Station staff.

To attempt to give credit to all who helped with the project is a huge undertaking. County, city, and community committees were organized to assist the Central Committee, and all interested individuals found an easy outlet for the effort they desired to expend. Nearly $40,000 was raised by popular subscription for the project, nearly all during the winter of 1947-48. Much of this went for premiums to participants so that the net amount delivered to the Experiment Station for the purchase of land was some $21,500.

As more and more groups joined in the movement, the idea evolved that a Branch Station to serve such a large area would need a headquarters, where studies would be conducted to find the answers to agricultural problems specific to the region. Once the establishment of the Station was assured by donations, serious consideration was given to selecting a suitable farm by the Station Site Committee.

After visiting suggested sites in three counties and studying the soil, topography, accessibility and other pertinent factors, the present Creston location was decided upon as being the best available headquarters site. House Bill No. 271 authorized the establishment of the Northwestern Montana Branch Station, authorized acceptance of donations, and stated the purpose of the Station.

The first NWARC research consisted of cooperative field trials in the summer of 1948 in Lake and Sanders counties. The first plantings at the Station were made in the spring of 1949 (see photos above). The first open house was held in 1949, shortly after the first plantings came up. Nearly 300 people attended this first public gathering at the new Station.

One move, rather unique in experiment stations at the time, was the employment by the Extension Service of a man to be located in the Northwestern Area dedicated to taking the Station results to farmers. Today, Montana State University Extension has agents like this in all 56 Montana counties.