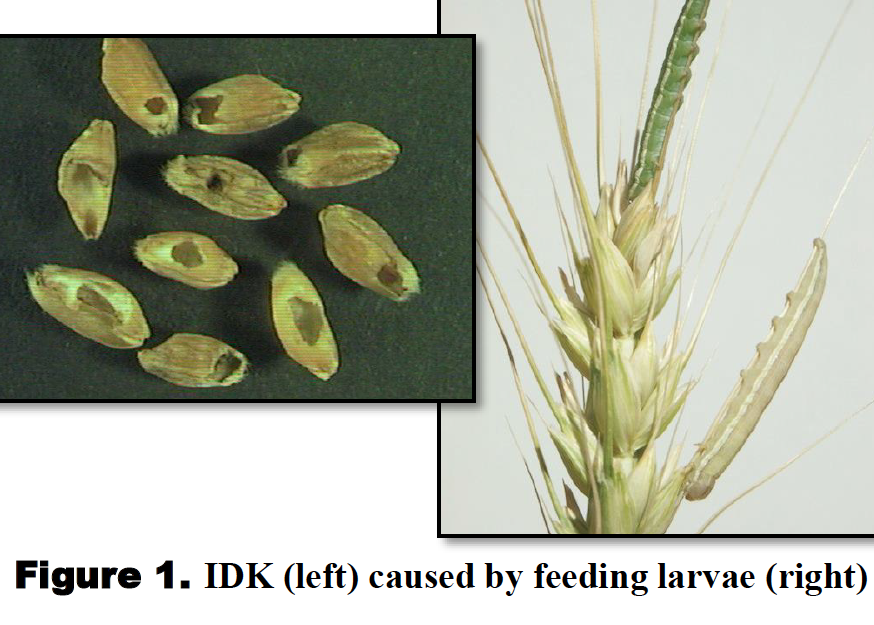 The wheat head armyworm Faronta diffusa (Walker) (Lepidoptera: Noctuidae) caused concern with an increased incidence of insect damaged kernels (IDK) in the 2014 wheat harvest around the Conrad region (Figure 1). Caterpillars damage kernels during feeding. Larval feeding can significantly decrease the value of the harvested grain at the elevator.

This moth has multiple generations per year. The first generation is the one responsible for most damage to wheat heads and kernels. Following generations are typically found on Fall grasses. The adults are cream colored and can be seen flying in second and third generations in the fall (Figure 2). 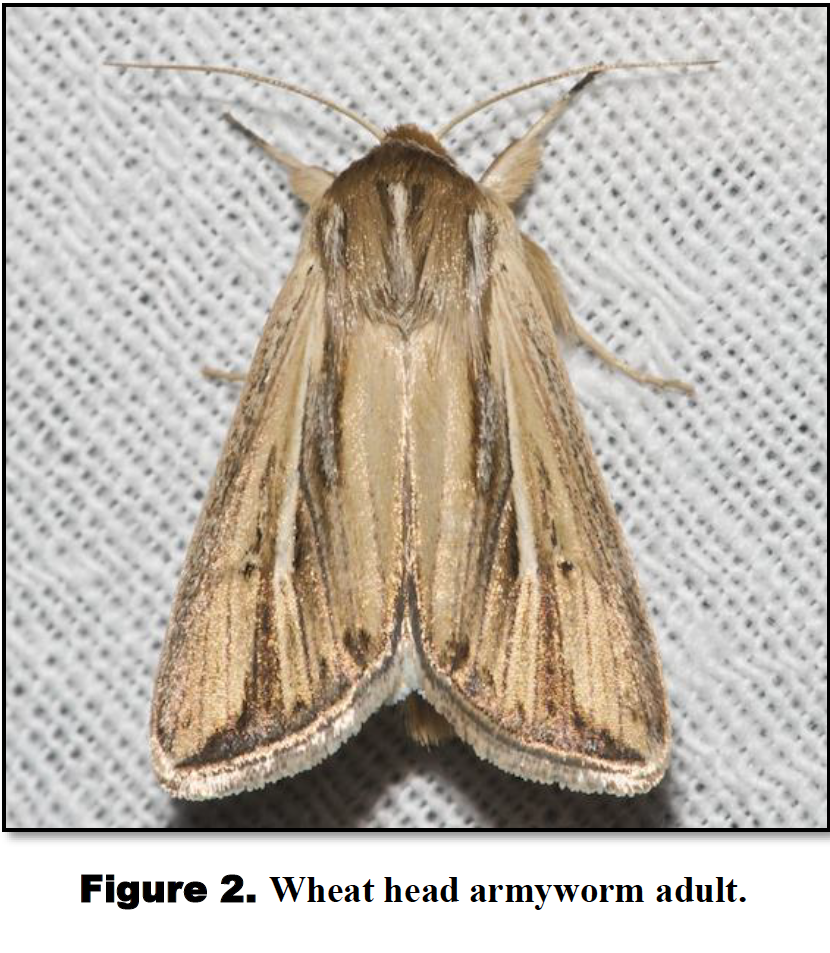 Damage caused by this pest is sporadic from year to year and usually isn't observed until the crop is taken to the elevator. The damage looks very similar to that caused by stored grain pests. There are currently no thresholds or treatments for this pest due to its sporadic appearance and late season. Any pesticide applied may delay harvest and is not optimal. There is a general threshold of 20 larvae per meter (6 per linear foot) of row for grain crops.